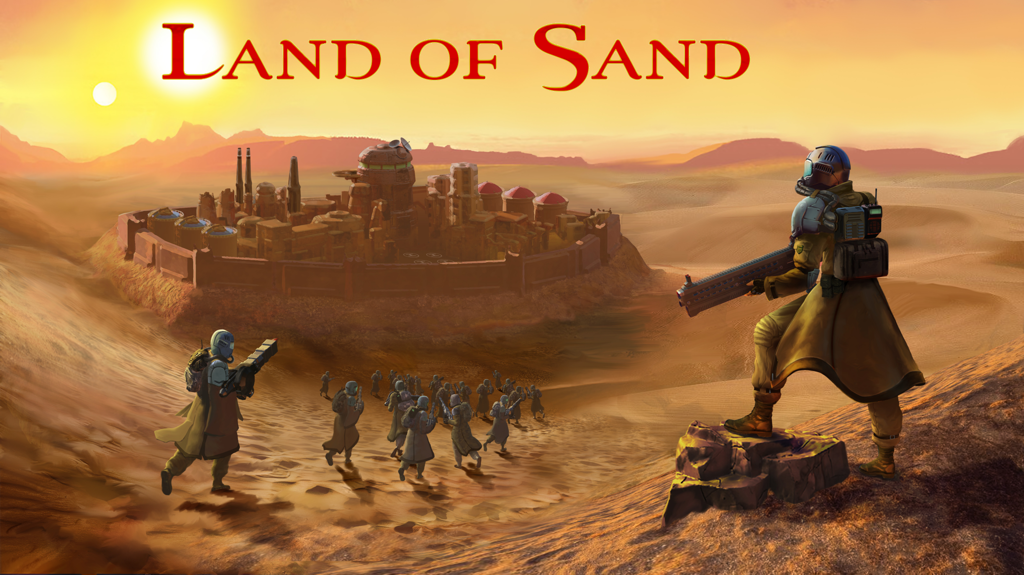 Allow me to introduce you an RTS game, which is currently in development. Land of Sand is a mixture of global and real-time strategy inspired by classic RTS games, such as Dune II, Dune 2000 and Emperor: Battle for Dune.

As a representative of a powerful faction you are appointed planetary governor of Foedia -- a desert world known for its harsh conditions and valuable resource. However two rival factions, unsatisfied with this decision, declare war on you. You have to defeat them and establish your factions rule over Foedia once and forever.

Land of Sand will be RTS with global strategic layer: global map devided into regions, which player defends or conquers during RTS missions. In between missions player chooses what region to attack, invests resources in capital base development and researching technologies, gathers intelligence on enemy regions, sends agents to sabotage enemy efforts, negotiates with secondary factions. Capital base progress and global situation influence player capabilities during missions: how much supplies and reinforcements can be obtained, what units and buildings are available, secondary factions acting as allies, neutrals or enemies.

Users browsing this forum: No registered users and 3 guests